Last weekend we had dinner at Mom’s house and she served us the most amazing marinated chicken with a delectable cilantro and jalapeño based sauce. “WHAT IS THIS?” I demanded to know. She said it was a Peruvian green sauce. Of course, I immediately looked it up and was pretty shocked to learn that this Peruvian green sauce is kind of a THING, and it’s called Aji Verde. Perhaps you’ve heard of the flavorful and delicious Aji Amarillo before, but I had never known this glorious green concoction. I was so enamored with it, that I made the Aji Verde again the next night and used it as a dressing for Brussels Sprout Slaw (which should also now be a thing because it was absolute cruciferous perfection)!

On a recent visit to our local Farmers’ Market we picked up the most colorful purple and green brussels sprouts. We are huge fans of brussels sprouts in this house, and they make an especially delicious, if slightly atypical base for slaw. When the sprouts are thinly sliced, a rosette appears. You’ll find that some of the tiny outer leaves shed off – don’t discard those because when they tossed together in a bowl, they make a sweet combination of rosettes and miniature cabbage patch leaves. They are especially striking if you can find the purple tinged sprouts.

How to Make Aji Verde Sauce

Aji Verde is the most addictive, glorious combination of ingredients ever. It’s creamy and bright, spicy and fresh and it’s perfect on practically everything like grilled chicken and fish, a dip for fresh veg, or this crunchy brussels sprouts slaw.

This whole shebang gets blitzed in a blender, then it’s ready to go!

Brussels Sprout Slaw with Aji Verde Dressing is the Best Ever

It just is. Let’s face it, baby anything is cute, and brussels sprouts are basically baby cabbages. They are so gorgeous when sliced and they taste delicious too. For this brussels sprout slaw, I decided to lean tropical since I figured it would compliment the Aji Verde Dressing beautifully. Here’s what you’ll need to make it:

Toss everything in a large bowl and dress with the Aji Verde dressing. Serve immediately or chill for a few hours until ready to eat.

I think you’re going to love this Brussels Sprouts Slaw with Aji Verdi dressing as much as we did. It tasted so fresh and summery I know I’ll be serving it all summer long.

If you make this recipe, or any other recipe from my blog, drop a comment below and be sure to tag me on Instagram, and use the hashtags #agirldefloured #deflouredrecipes! Thank you! 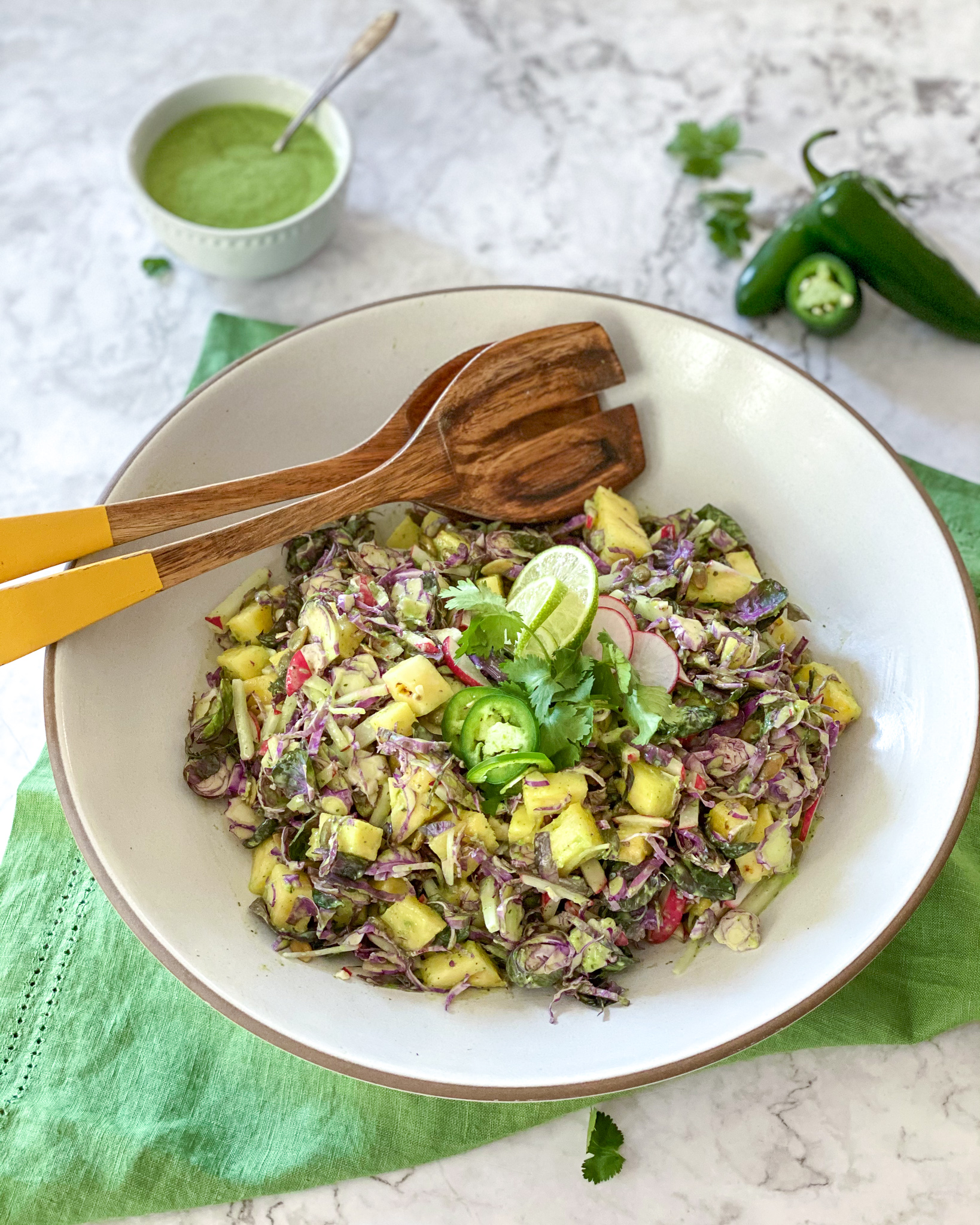 Alison Needham
We are huge fans of brussels sprouts in this house, and they make an especially delicious, if slightly atypical base for slaw. Sliced thinly and tossed with radishes, pineapple, cilantro and a fresh and spicy (and totally addictive) aji verde dressing, this crunchy slaw is one I’ll be serving all summer long.
Print Recipe Pin Recipe
Prep Time 15 mins
Total Time 15 mins
Course Salad
Cuisine Peruvian
Servings 6 people
Calories 238 kcal

For the Aji Verde Dressing

For the Brussels Sprout Slaw

Aji Verde is the most addictive, glorious combination of ingredients ever. It’s creamy and bright, spicy and fresh and it’s perfect on practically everything like grilled chicken and fish, a dip for fresh veg, or this crunchy brussels sprouts slaw. 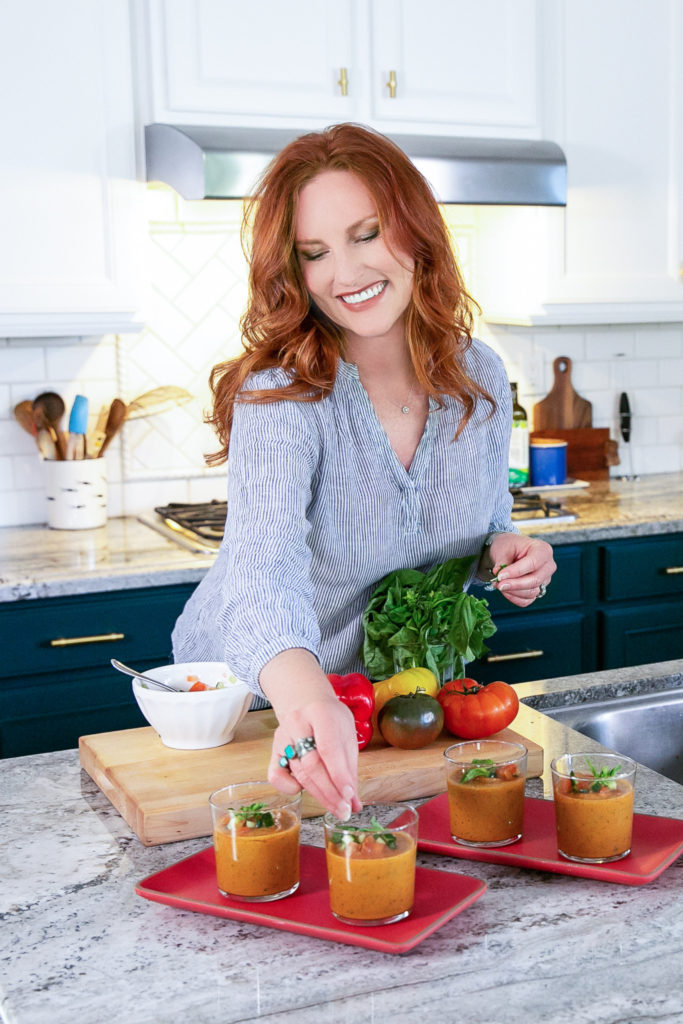